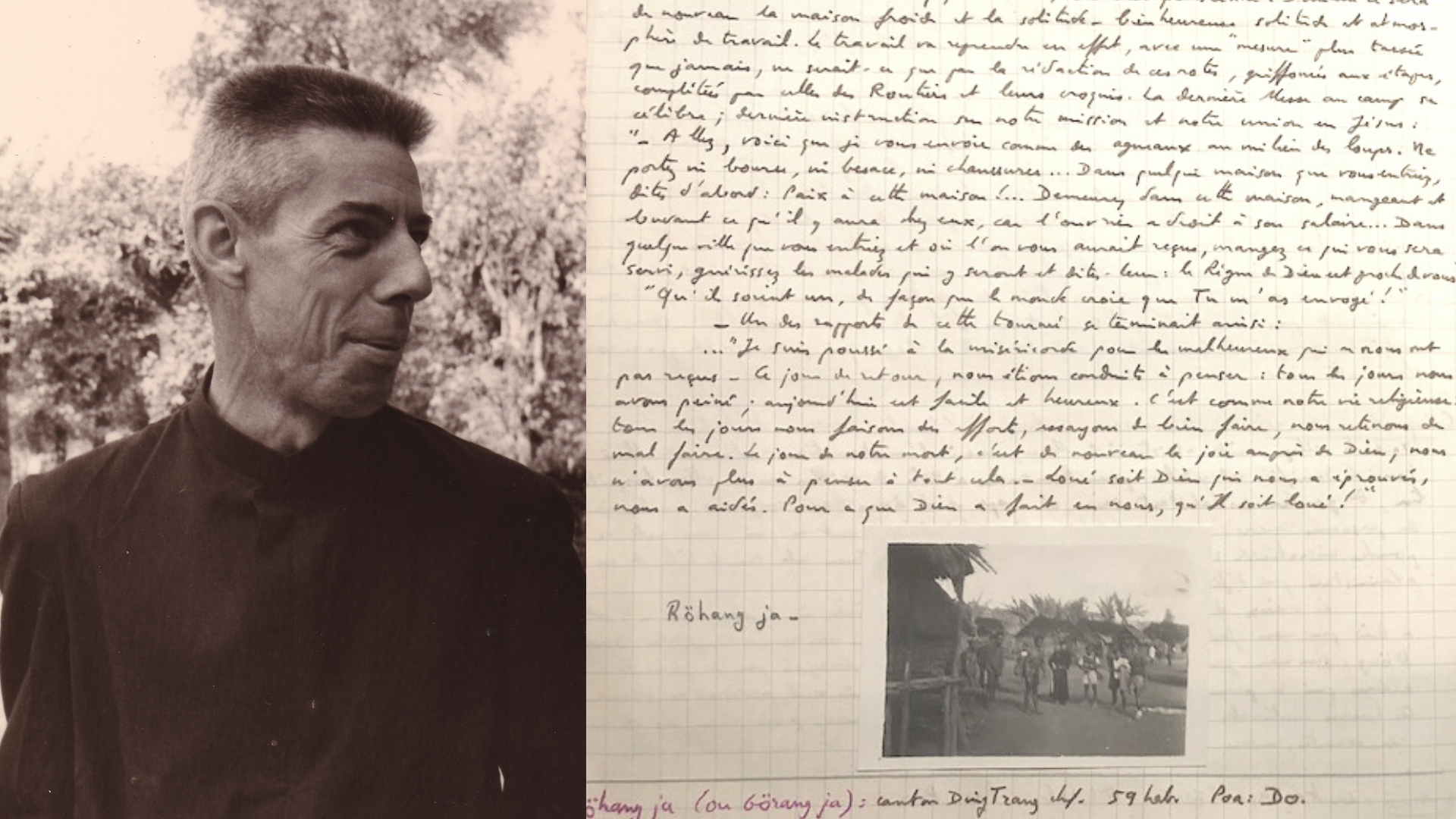 The diaries of Jacques Dournes

Passionate about the culture of the Jörai to which he dedicated his life, Fr. Jacques Dournes has used his talents as a draughtsman, photographer and writer to describe this culture.

Jacques Dournes followed the long ethnographic tradition of his predecessors, but he took it much further by developing real scientific studies.

As a MEP missionary in the Vietnamese Highlands from 1947 to 1968, he was the first to analyse, translate and transmit the cultural practices of the Jörai and contributed to the development of knowledge of the populations living in the region. To publish his work, he took advantage of the printing press installed in the Camly Mountain Centre, created by Fr. Lefèvre in 1952. His work Coordonnées (1972) gives a picture of the customs and practices of the Jörai, while his Ébauche de dictionnaire de la langue jörai (1964) helps to facilitate linguistic understanding.

Like all missionaries, Fr. Dournes had the advantage over “academic” ethnologists that he did not go on short study missions, but lived with a population for an indefinite period of time and thus became a full-fledged member of it, almost stripped of his original culture to become a Jörai among Jörai. As early as 1949, he wrote, after spending a few days with the French in Saigon: “I feel warehoused and uncomfortable among my race brothers where I am a stranger more than among my people up there”.

During his mission, he kept numerous notebooks in which he recounted his daily experiences, particularly the scouting activities he organised with the young Joraï. The sketches, maps and photographs he made in these notebooks show the diversity of his missionary activity.

“It is dark, the wind is blowing furiously and spraying rain through the worn wall of the hut. Despite the cramped conditions, almost all the inhabitants of the village have entered here, each one arriving with his firebrand and joining it to the others on the crackling hearth. More and more people come in and it is in the middle of this fair that we treat the sick! […] “
Jacques Dournes, “Pistes” notebook 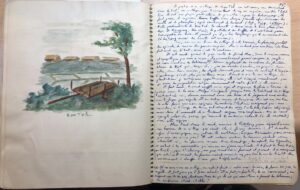 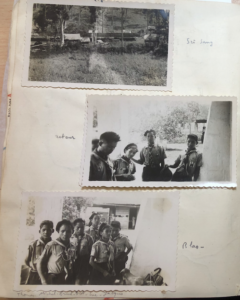 These notebooks are also testimonies of the liturgical life in the region. Thus, the account of Holy Week and Easter in the Vietnamese Highlands:

“In the morning, I transposed into Moi the Regina Caeli and Filii et filiae, which we want our children to sing for Easter Mass. The Moi language, male and sonorous, renders the liturgical melodies at least as well as the Latin, which is not dead for nothing, and this evening the children will begin to sing it, as always what they grasp most quickly is the rhythm. […] “
Jacques Dournes, notebook 1121, f. 20-21

“Meanwhile, the other little Moïs were singing the Regina Caeli in the Koho language. The Lord and the Virgin must have been sensitive to this sincere and naive homage of little pagans who are only beginning to learn to know and love them. […] “
Jacques Dournes, notebook 1121, f. 28 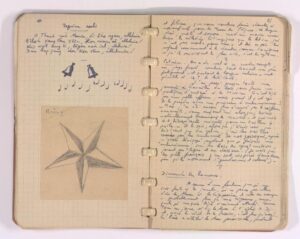 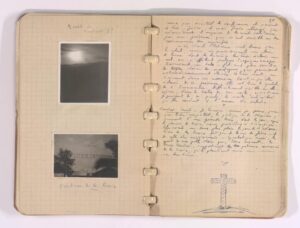 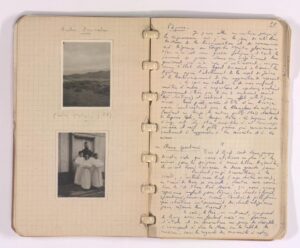 These precious notebooks, kept in the IRFA archives, are currently being classified by an archivist.

To find out more about Fr Dournes, click here.