IRFA > What’s new > Vatican diplomacy in Manchukuo: an investigation based on the portrait of Father André Sagard (1937)

Vatican diplomacy in Manchukuo: an investigation based on the portrait of Father André Sagard (1937)

A year ago, the IRFA received a message from the Bibliothèque patrimoniale de Saint-Dié-des-Vosges: “While clearing out a closet that no one had opened for 20 years, I found a photo with this caption on the back: André SAGARD was here in 1921, stayed here only one year because he felt called to be a missionary rather than to become rusty. It was felt at the Foreign Missions seminary that he had the makings of a bishop in Manchuria at the tip of Russian Siberia. Is he a known priest at the MEP? Is this an “ironic” legend?” 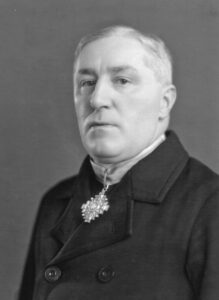 There was nothing ironic about the 1921 legend, since André Sagard had indeed been a missionary in Manchuria from 1924 until his death in 1946. Driven by curiosity, the IRFA then unearthed from its collections another portrait of Father Sagard. He proudly wears around his neck an unusual medal, that of Commander of the Order of the Pillars of the State of Manchukuo. This medal was presented to him on December 22, 1937 by the Emperor of Manchukuo, Puyi.

“In response to the gesture of the Holy See which, last year, granted decorations to the members of the government of Hsinking, H.M. the Emperor of Manchukuo conferred on the high dignitaries of the Pontifical Court the distinctions of the Order of the Precious Cloud (…) and of the National Support“.

Besides Fr. Sagard, the distinctions granted by the Emperor were in fact intended primarily for Cardinal Pacelli (the future Pius XII), then Secretary of State of Pius XI and de facto head of Vatican diplomacy, and his advisors. It was in fact an exchange of goodwill: a few months earlier, on January 16, 1937, Archbishop Gaspais, Vicar Apostolic MEP of northern Manchuria, had given the President of the Council of Manchukuo a pontifical decoration granted by the Holy See.

Why this Vatican policy towards the short-lived state of Manchukuo?

A field of struggles for influence between Russia and Japan, Manchuria was invaded by the latter in 1931. In 1932, Japan declared it independent from the Republic of China, and gave it the name of Manchukuo, “Great Manchuo Empire”. Puyi, deposed emperor of China and last heir of the Qing dynasty, was crowned emperor. The young state of Manchukuo, a sort of Japanese protectorate, was not recognized by the international community. But in 1934, the Vatican, which was the only one to conduct this policy, took a step towards de facto recognition of the Puyi empire. It should be noted that in the 1930s, Manchukuo was home to approximately 120 missionaries, 800 catechists and 120,000 baptized people. With the Japanese invasion of 1931, this growing Catholic community found itself brutally cut off from its rear base, the Apostolic Delegation in Beijing. No contact or transfer of funds was possible between China and Manchuria. Driven by the need to support the mission, on March 20, 1934, Cardinal Pacelli entrusted Bishop Gaspais with “the task of entering into relations with the government authorities of Manchukuo, in order to deal with them on behalf of the Ordinaries located in the territory“.

This is how an ambassador of the Holy See to Manchukuo was appointed… and how our Father Sagard ended up with a medal! 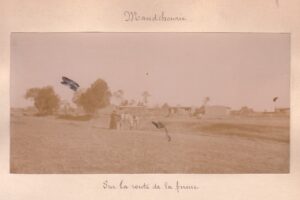 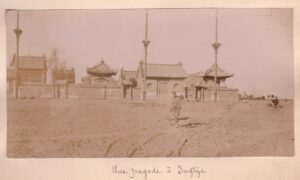 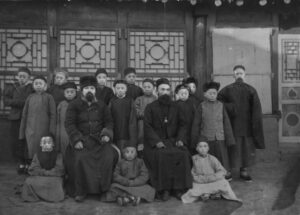 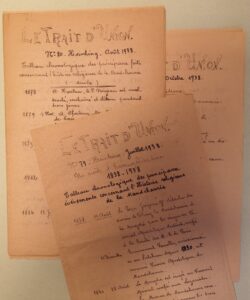