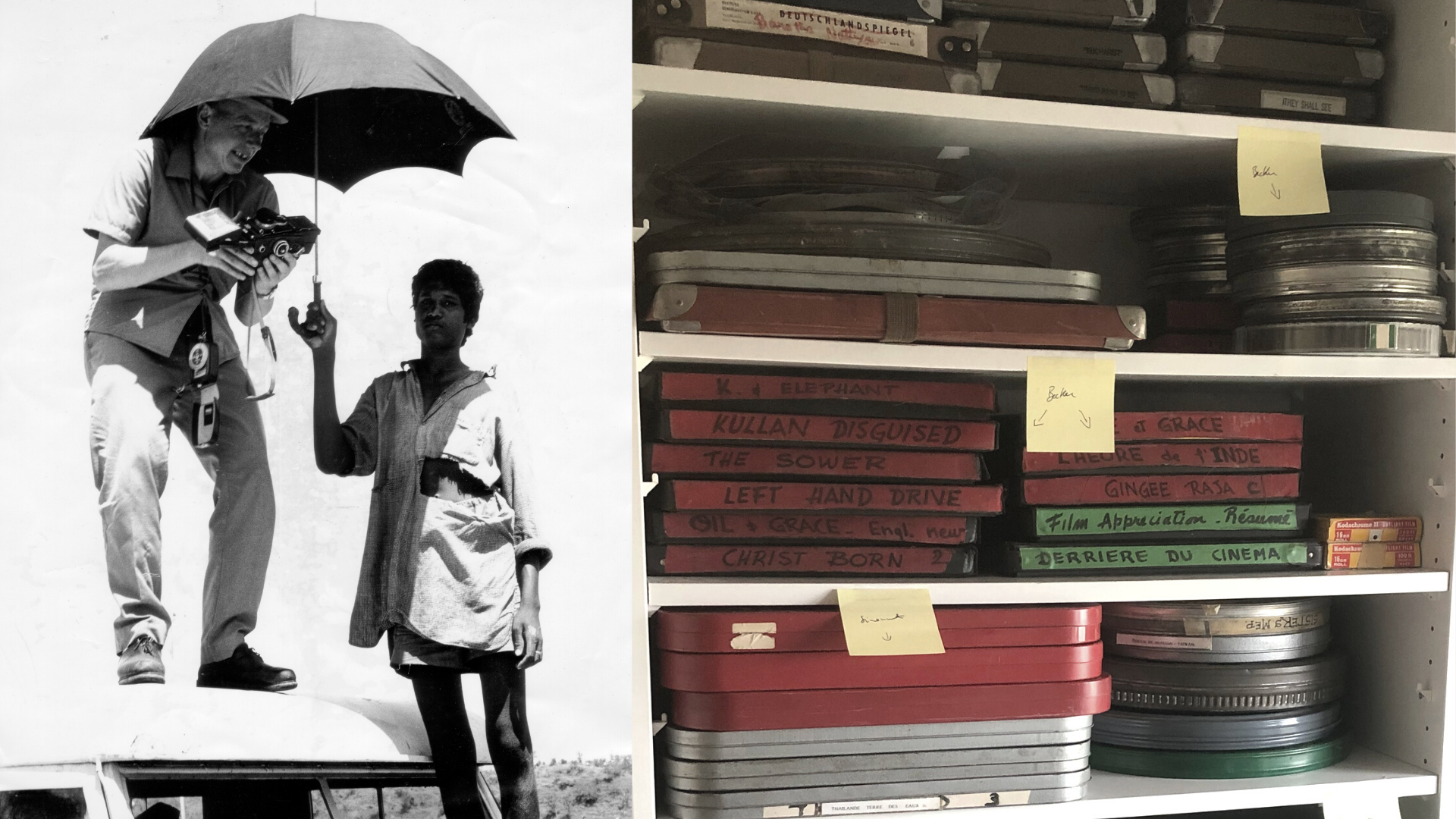 Inventory of audiovisual archives: progress of the project

Since the beginning of January, the IRFA team operates the inventory of all the audiovisual archives kept at the IRFA. As the work progresses, many discoveries have already been made.

Stored for several decades in the shelves of the iconotheque, the entire audiovisual collection was just waiting to be exploited!

The result of regular deposits by numerous MEP fathers during the 20th century, the 250 or so reels of film in 8mm, Super 8, 16mm or 9.5mm format for the oldest, have been opened and classified one after the other. This first inventory allowed us to bring out for the first time the entirety of the films shot in Asia by certain missionaries, and to discover exceptional and authentic images, the oldest of which date back to the 1920s.

Some of the reels having unfortunately been damaged by the wear and tear of time, the IRFA is now launching a major restoration operation so that the contents can be exploited as soon as possible. 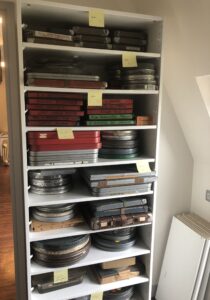 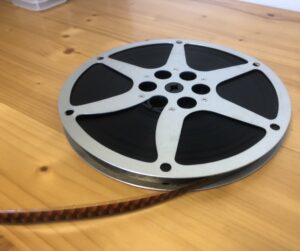 The cinema in the mission

The exhaustive classification of these numerous reels has made it possible to examine a fundamental part of the mission from the 20th century onwards: the missionary activity through audiovisuals, to which some Fathers were particularly dedicated. The film and cinematographic works of Frs. Arvin-Berod, Simonnet and Becker.

Lucien Arvin-Berod is the oldest member of the collection: present in Japan from 1925 to 1937, he tried to film daily Japanese life and the great Christian events that took place during his apostolate (baptisms, marriages, etc.).

As a missionary in Vietnam, Fr. Christian Simonnet was asked by his superiors in 1960 to produce photographic reports and documentary films on each mission country for the Foreign Missions Information Service. In color, these exceptional images, punctuated by the comments and explanations of the father-cinematographer, offer to all those interested in the missions a fabulous testimony of life in Asia in the 1950s. His films were digitized in the early 2000s and are still available on DVD at the MEP reception desk (128 rue du Bac, Paris).

The apostolate of Fr. Edmond Becker seems to be the most characteristic of this preoccupation with audiovisuals in the mission. When he arrived in India in 1947, he immediately understood the invaluable support that images could provide for evangelization.

“We live in an age where the mass media exert such a tremendous influence on the people, specially in India where the cinema knows such a great success (2nd producer in the world). Politician and commercial powers spend fantastic sums in the use of these media to convey ideas.

He then set about developing a travelling cinema:

“My work consists in visiting schools – especially to control and encourage the teaching of catechism – I take advantage of this to give cinema sessions. For this purpose I have a flying unit consisting of a Land Rover, a generator, a projector, a tape recorder, etc. Last year I gave 273 screenings in the villages, mostly in the open air, each time bringing together thousands of people, many of them pagans.”

The numerous educational films made by Fr. Becker for the Indian populations were discovered during the inventory. Becker’s films were key to the evangelization of the missionaries in India in the 1960s, and are a valuable source for anyone wishing to undertake a history of the mission through film.

While the work continues, all of these discoveries can be widely exploited in the future by researchers interested in the history of the missions or, more generally, of Asia in the 20th century.

To learn more about the missions and the cinema :